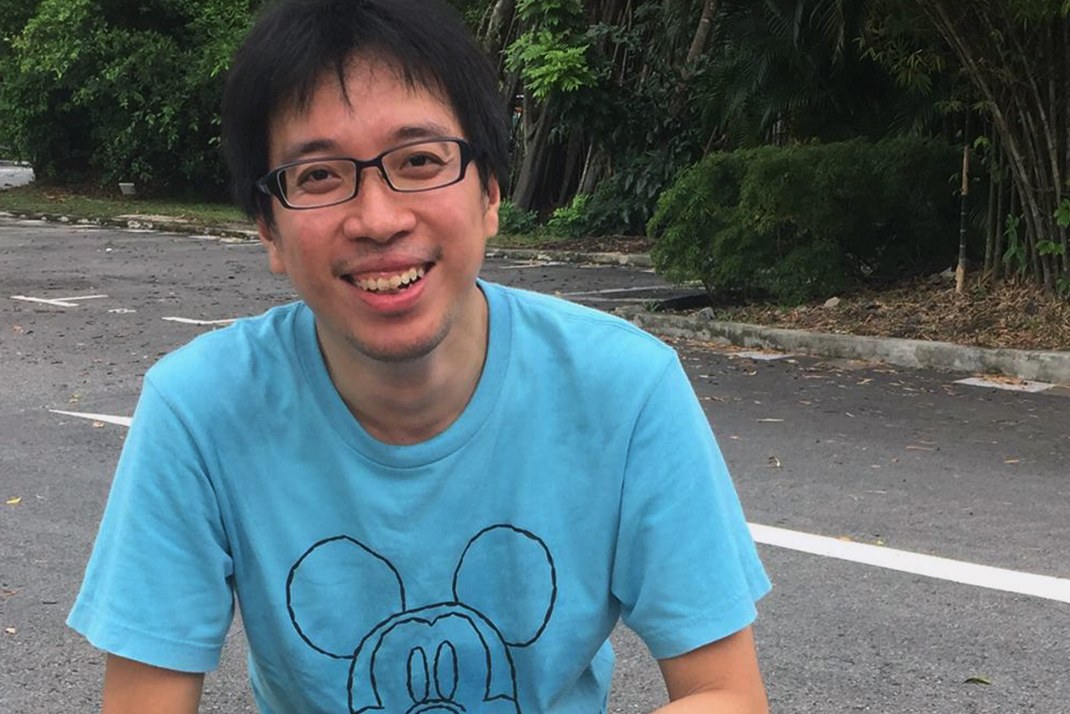 This week we the luck of having another photographer from wonderful Singapore. With a passion for LEGO photography Vince takes the time to sit down and answer some questions for us. Bringing creativity and passion to his photographs and now he’s sharing his passion with us. Enjoy this weeks photographer; Vince Li.

Tell us a little bit about yourself, and where you’re from.

Hi! My name is Vince and I’m the other co-founder of Plastic Singapore, based here in sunny Singapore! 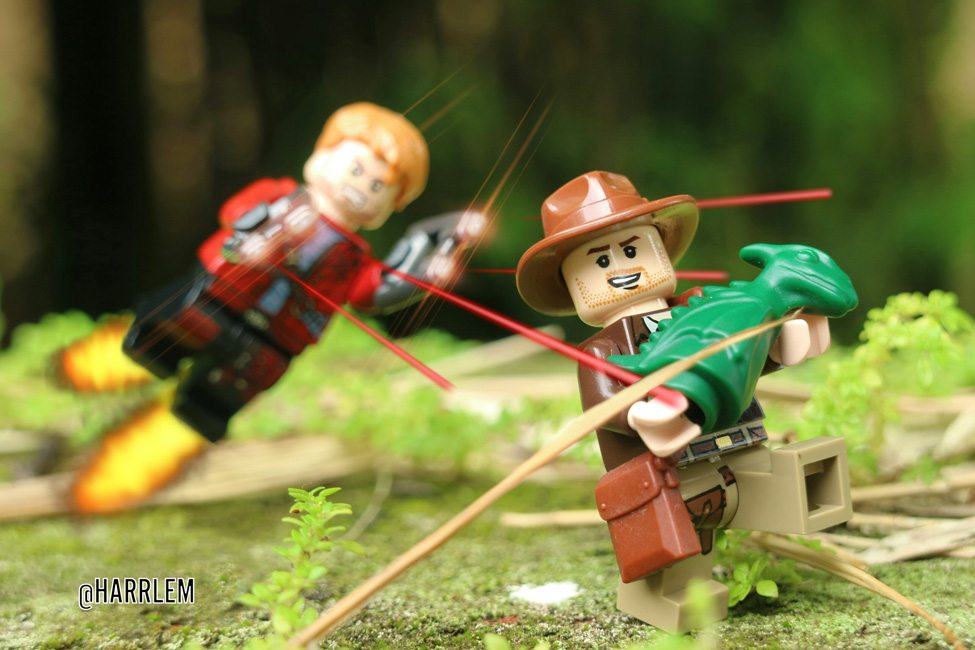 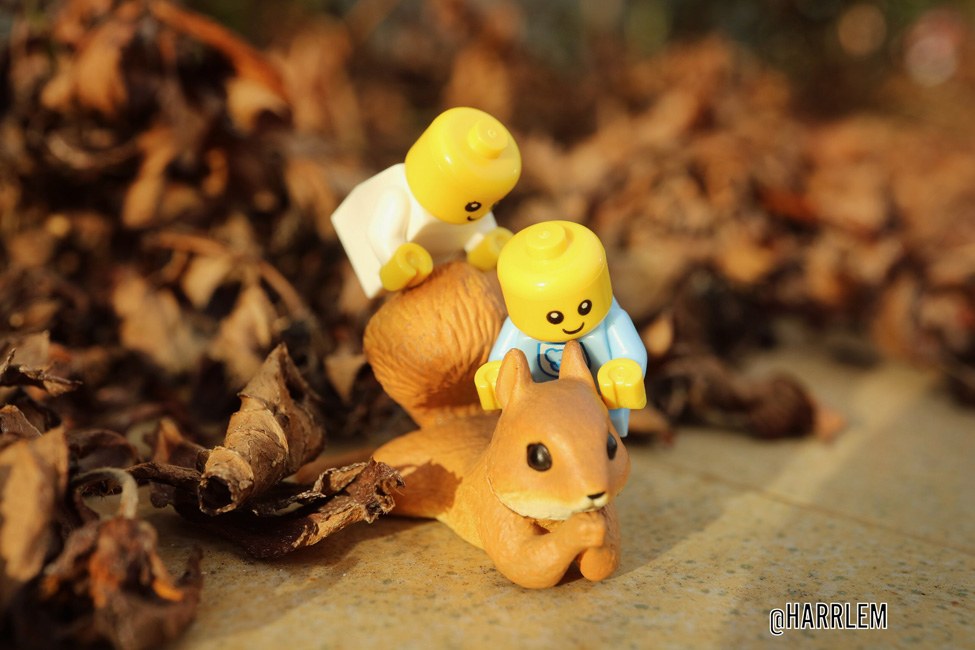 When you’re not photographing toys, what do you do for a living?

I am a service engineer by profession.

When did you get started with toy photography?

When I first started almost 4 years ago, toy photography was an absolute unknown to me and I actually did not consider my shots as such. My cycling friends were starting to photograph Lego minifigs during our rides and this got me Influenced to get my first minifig to do the same! And after posting for some time in Instagram, I found the toy photography community and thus became my 2nd passion. 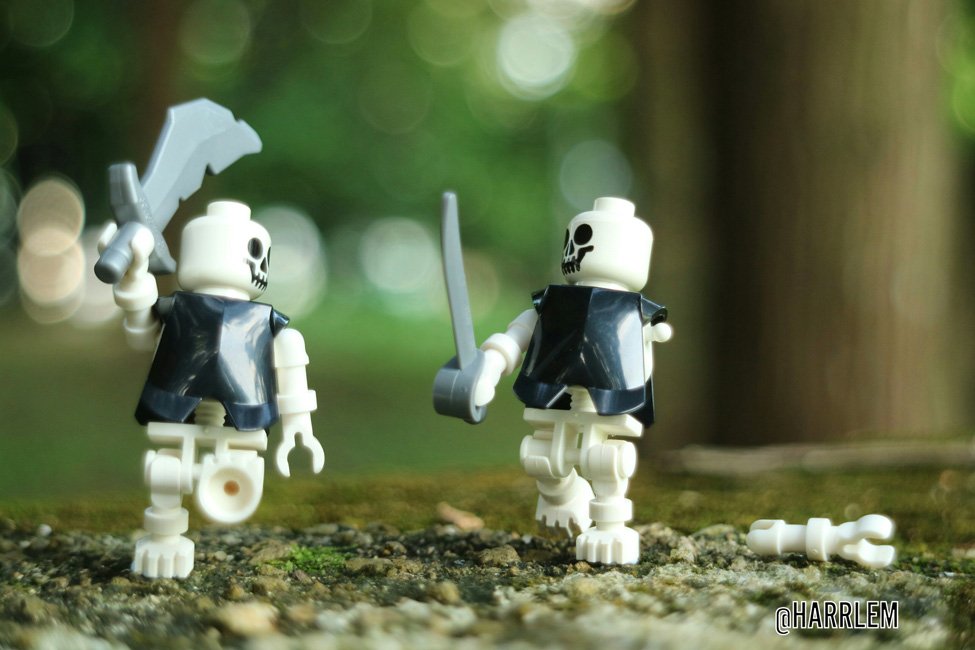 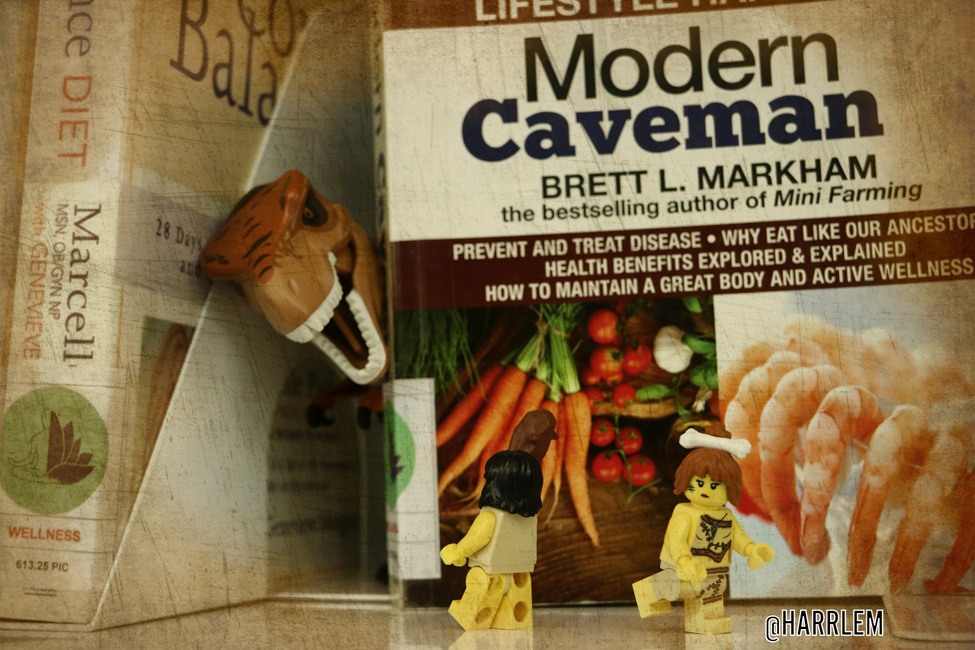 Is there a specific type of toy you like to shoot the most? Brand, type or size?

I usually shoot Lego, they are small and easily carried around even on a daily basis. Lately, I have also been trying out on S.H.Figuarts and Nendoroids that I’ve got my hands on.

“I rely a lot on inspiration and ideas on the ground itself, then I focus on getting the angle and shot right.”

Before you started taking your own shots, did you have any interest in the world of toy photography?

Toy photography before was a literal unknown to me. I feel that the present photography community as a whole is saturated with mainstream landscape and hipster kind of photos, which makes it hard for any rookie to really shine. When I found out about toy photography, it screams of quirkiness and being different, and that’s how I got hooked ever since!

Did taking toy photos lead you to collecting toys, or did you already collect them?

I had always liked Lego for the endless creativity it entails, but I was in the dreaded dark ages when I found out about the toy photography community. Needless to say, it led me on the never ending hobby of toy collecting, although I try hard not to get over-obsessed!

In the beginning, do you feel there was a learning curve?

Definitely! In the beginning, I was more of a casual photographer, with no knowledge of composition, the rule of thirds, bokeh effects and such, but after finding out the awesome shots of some established photographers in the community, I started to pick up the techniques by myself through experimenting and shooting more frequently. I used to use my phone camera exclusively, but the transition into a mirrorless late last year gave me a whole new level of enjoyment in toy photography.

What is the hardest part about toy photography?

I guess it should be the post processing for me, which I really dread doing. I always try to get the best shot possible that does not require much post process, but not when there are action shots that requires usage of wires and stuff. Despite this, the feeling of accomplishment after getting a good edit is totally worth it!

If you could go back and impart a bit of wisdom to yourself when you were just starting out, what would you tell yourself?

Get the composition right and then you can focus on rules and effects! Keep shooting, practice makes perfect!

What can you explain and share about your process?

I rely a lot on inspiration and ideas on the ground itself, then I focus on getting the angle and shot right. It also depends on whether I have the right figs, but that’s usually not an issue when we go out shooting as a group, I just borrow what I need from other photographers!

Want to be featured?

Are you a toy photographer, that wants to be featured in our Under the Macro series? Let us know:

When you’re looking for ideas of types of images to take, what do you do?

Outdoor toy photography has always been my forte and I rely a lot on the surroundings for ideas and inspiration. Usually I would try to think that I am a Lego minifig, and what kind of situation I would get into in a human world. Next would usually be test shots without the subject on the landscape or background to get the angle right, and then envision the shot with the subject in my mind. 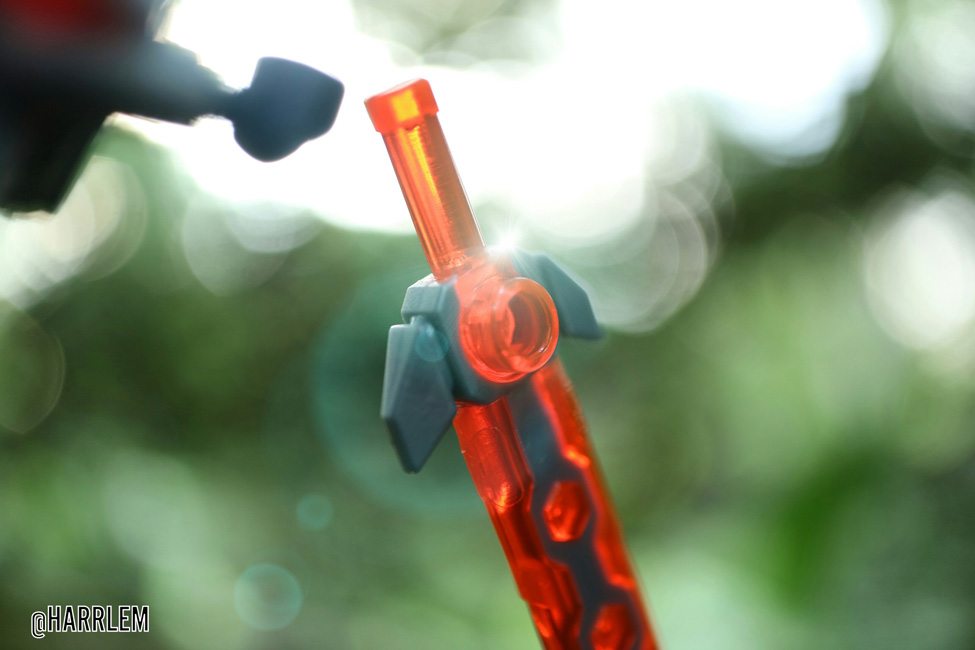 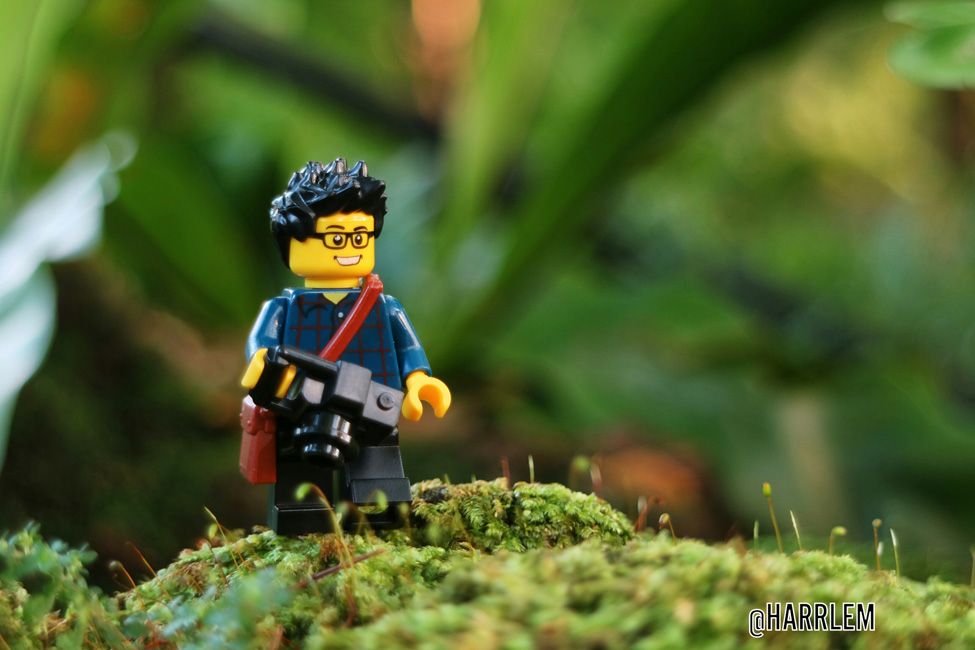 Can you tell us about your equipment?

My equipment of choice is a Canon EOS M3, usually with a kit lens 15 – 45mm and a 28mm macro lens for those close-ups. When the M3 is not with me, I use my Nexus 5’s camera for those more casual shots.

How do you display your photos?

What is your favorite image or series of images you’ve taken?

I really like my ‘Brick Gear’ car drift series that I had posted both in IG and G+, quite recently. I am really happy that I got what I had envisioned after the post process.

What type of photos do you feel are the hardest to take and why?

Levitating/flying shots! Sometimes it is hard to keep the “levitating” figure in the place I need, and the occasional wind usually ruins it all. Not forgetting the dreaded post-processing! (But that’s part of the fun, isn’t it?) 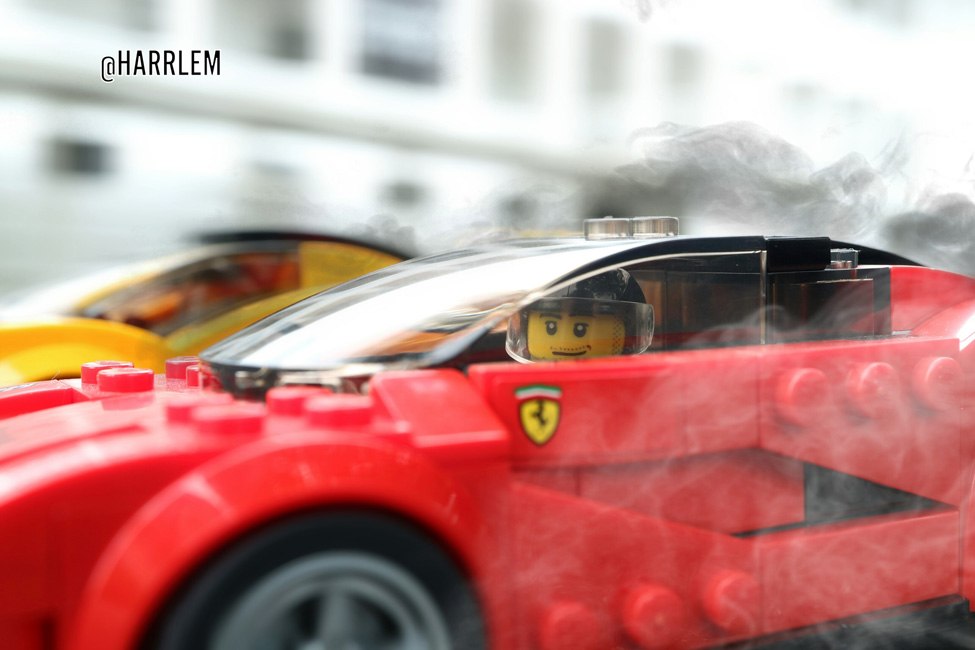 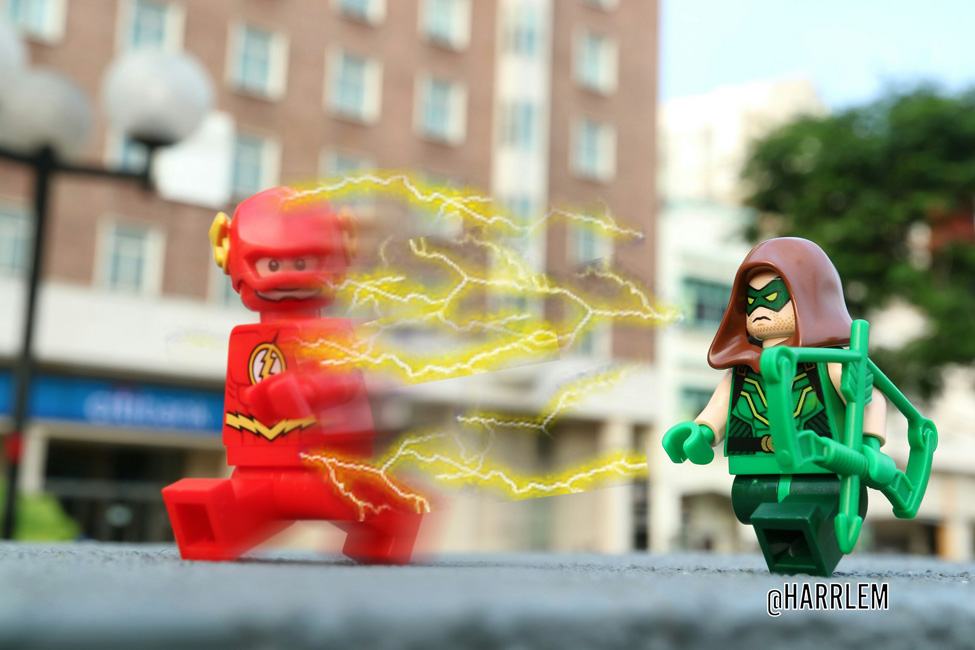 What was the most challenging photo you’ve taken or attempted to take?

I guess it would be the Ant-man minifig trying to ride on a real live stray cat that I came across during one of the group outings. Animals are always the hardest to work with, and I never got the shot I really wanted for that, sadly.

How much do you rely on staging and how much on post-production processing?

I would say a 70/30 – 70 on staging and getting the best shot possible. I always believe the best shot does not need much post processing unless it is an action or indoor studio shot.

Other than your camera, do you have a favorite piece of equipment?

Blutack! It’s the ultimate toy photographer best friend, aside from the camera! And not forgetting the very important mosquito repellant as well!

Do you love toy photography?

Want to take your photography to the next level?

Bricksdaily.com is excited to announce the upcoming launch of the multipart online video course teaching the ins and outs of taking better photographs of the miniature world. The multi-session series will get you up and running and perfect your skills.

Space will be limited. Sign up today to be notified when the course is available.

You will receive a confirmation email. You must respond to the email to receive updates.