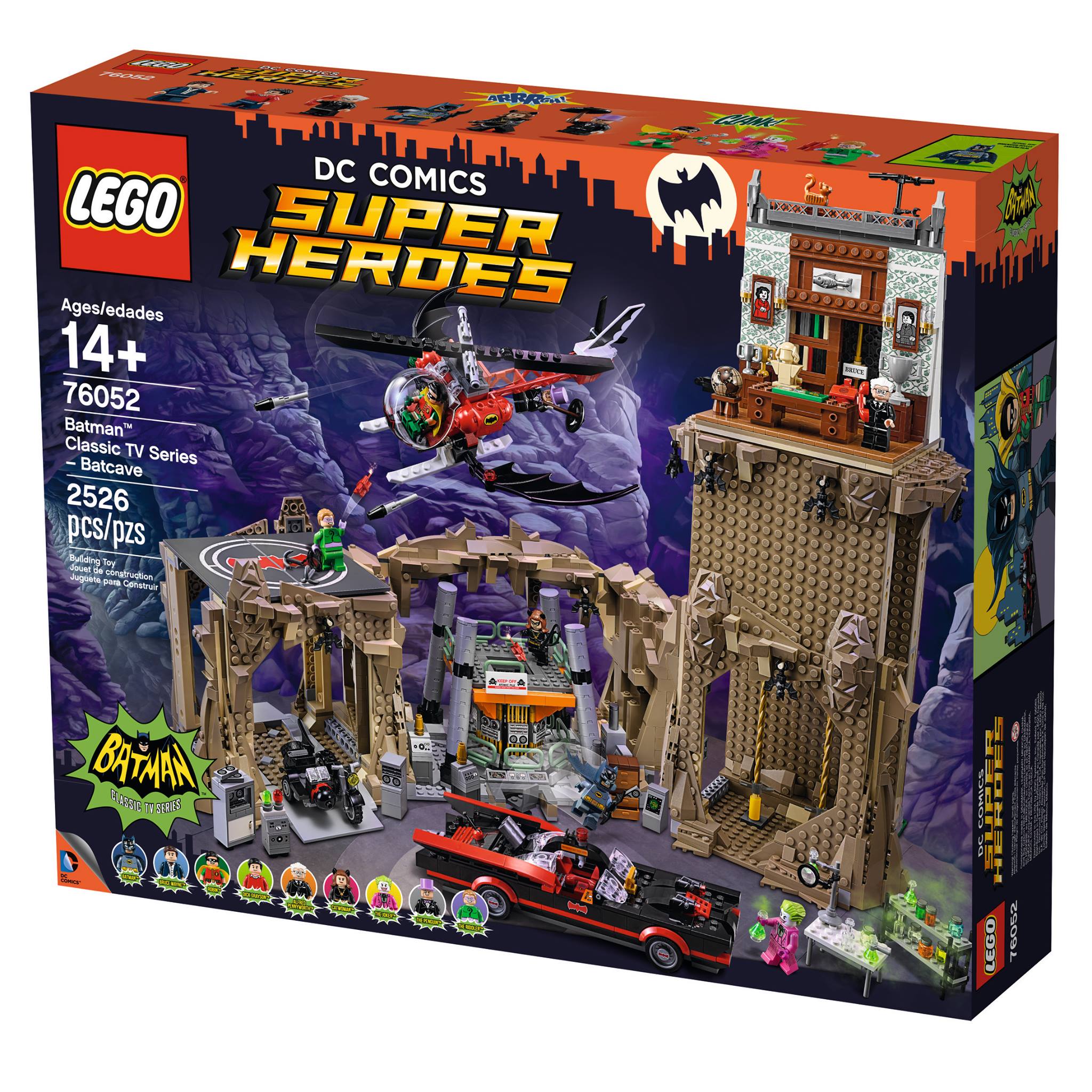 After some rumors and various “leaked” photos appearing on line, LEGO has officially announced the new upcoming set 76052 LEGO DC Comics Batman™ Classic TV Series – Batcave. LEGO announced the set January 12, to help celebrate the anniversary of the first episode of the Batman TV show back in 1966.
From LEGO’s Facebook page:

Lets start by looking at what LEGO has shared with us.

The Batman figure in set 76052, features a whole new look and print design. Based on Adam West’s depiction from the TV series, the mask/cowl has the iconic white trim seen during the TV show. Bruce Wayne comes dressed like one would expect a billionaire playboy to dress in a 1960’s TV show, all the way to the Ascot.

“Yes, you’re right, Batman. That’s the keystone to all law and order.” 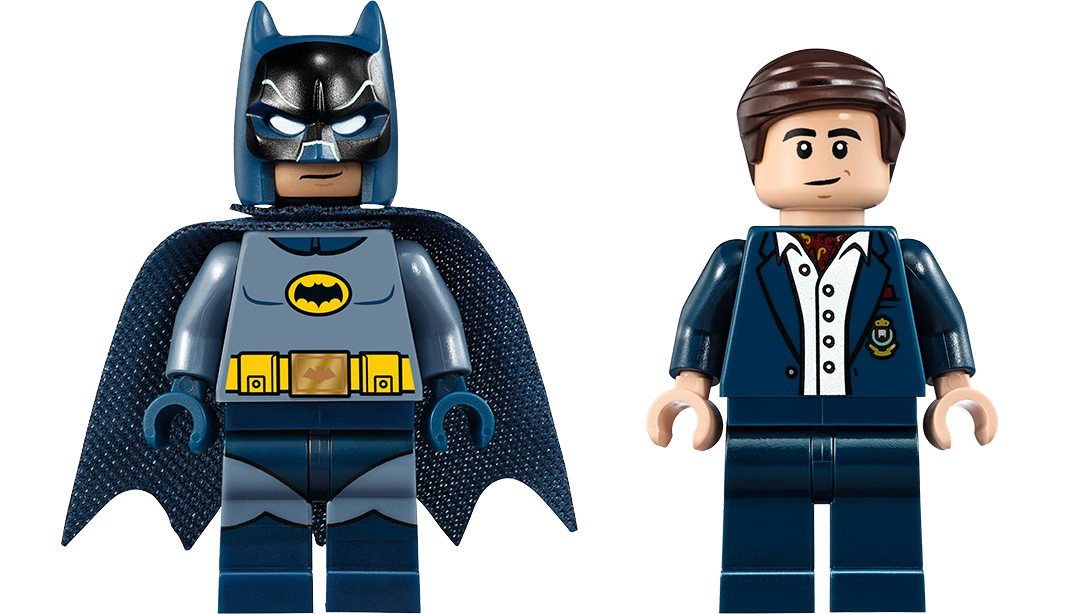 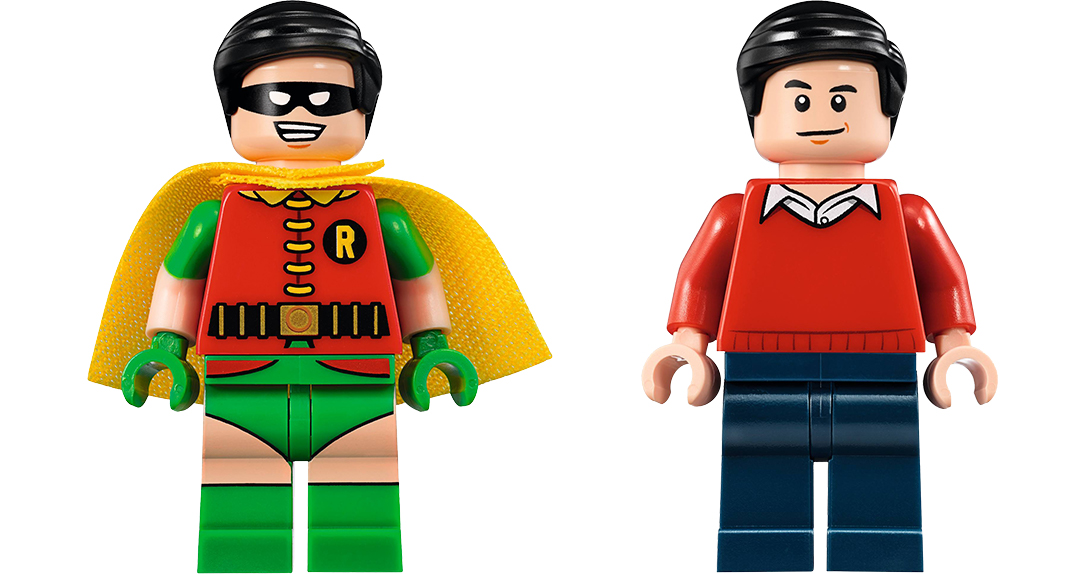 As a personal note I am quite excited by this figure, played by Alan Napier in the TV show.  I like how they captured his likeness, in my opinion, in LEGO form. Alfred looks dutiful as always, ready to help the dynamic duo in anyway he can.

“I regret to say, sir, Batman and Robin are not at present available.” 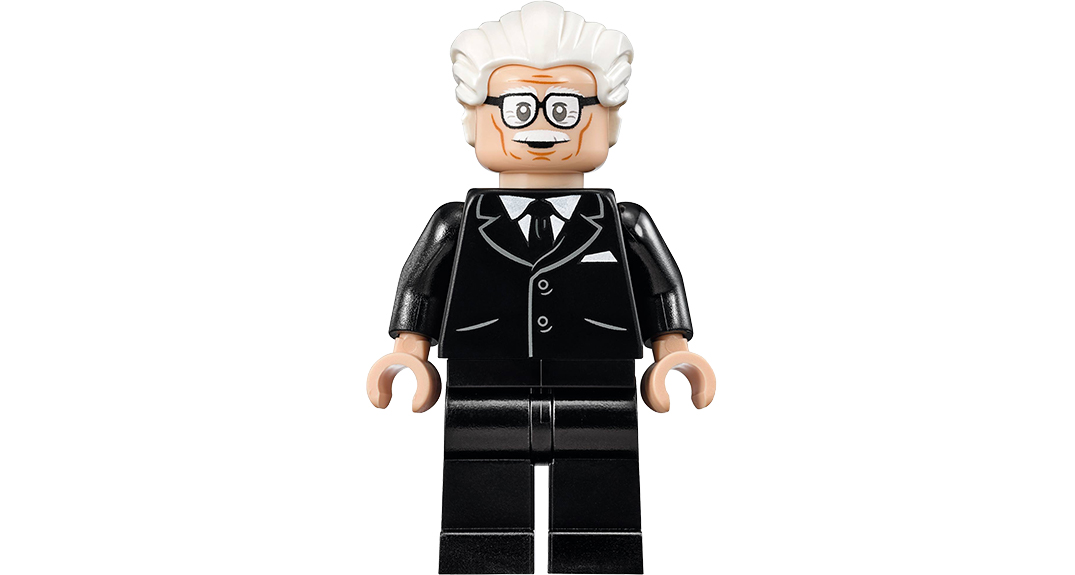 Ah Catwoman, appears to be based on the 1966 1st season of the show, it can be assumed that this is a mini figure based on Julie Newmar’s portrayal.  This minifigure comes with hair piece which includes cat ears. The Figure appears to be a double sided face, with the other side having a mask.

“Catwoman, you are not a nice person.” 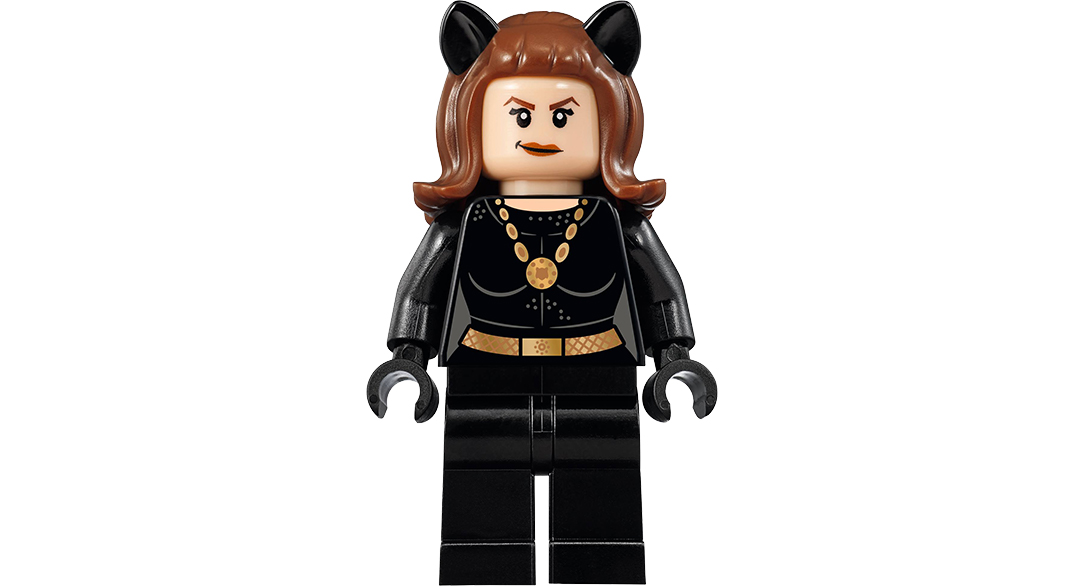 The Joker, played by Cesar Romero, always tried to have the last laugh on the Dynamic Due. The figure comes dressed in Jokers iconic three piece coat, Green hare and white face. The figure appears to have two printed faces as well.

“All the same! “The Joker is wild!” “Batman and Robin foiled again!” Holy Headlines, do we look like page one dumbbells!” 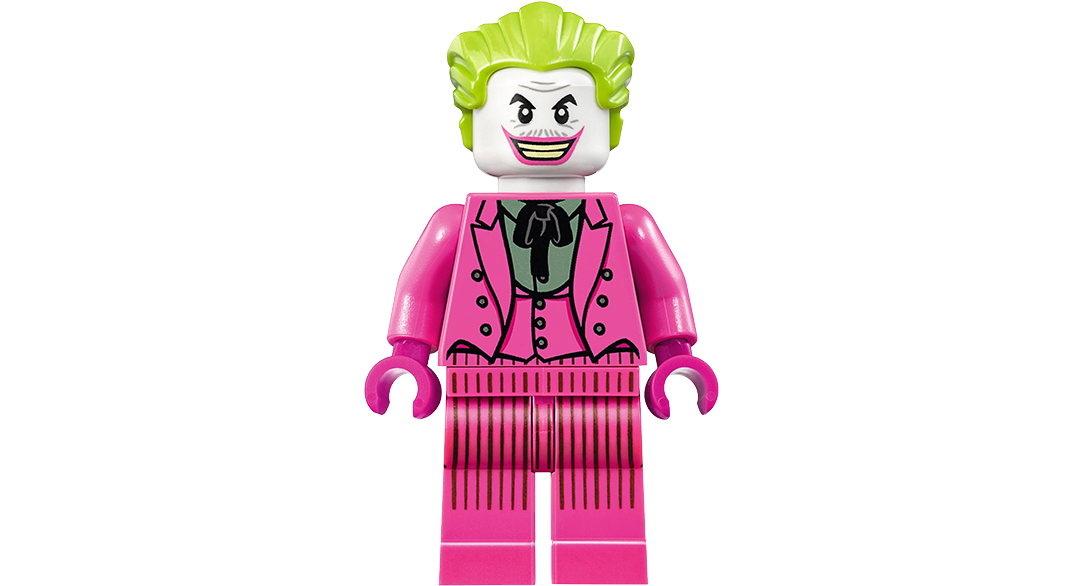 Played by none other than Rocky’s Manager, Burgess Meredith, the Penguin always had a plan to take over Gotham, but the Dynamic Duo were always able to come out on top. The figure comes with the standard shorter legs LEGO uses for children. It is unknown wither this mini figure has dual printed faces.

“Your super-brain power has driven us MAD, Penguin!” 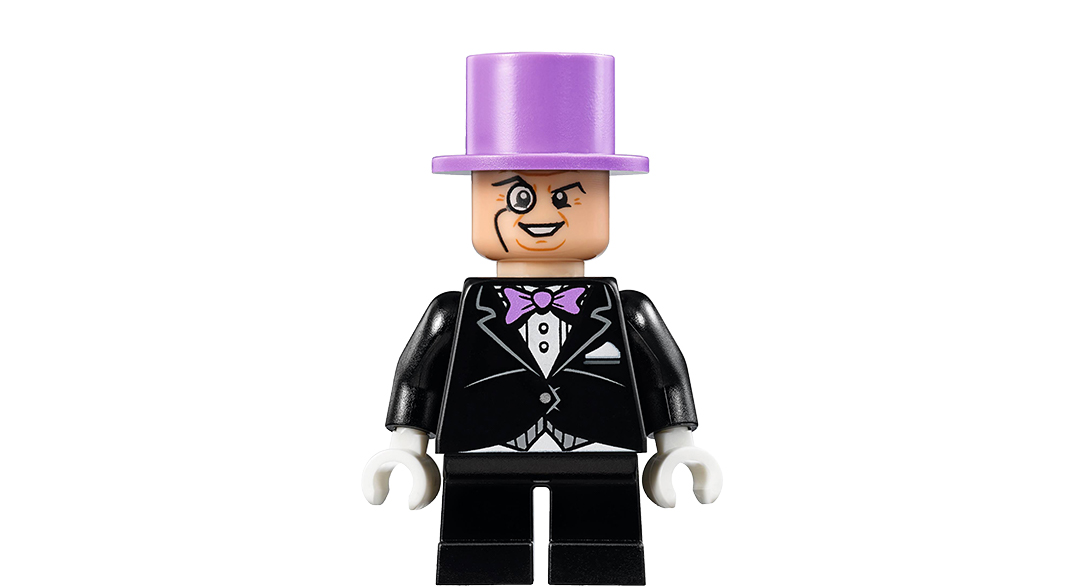 With his maniacal laugh, Frank Garshin, played the Riddler. The only cast member to receive an Emmy nomination. The mini figure is pretty basic, just like the Riddlers costume from the  tv show. It does appear that the Face has two prints as well.

“Only The Riddler and his ilk would have such a flagrant disregard for private property! This door will have to be repaired.” 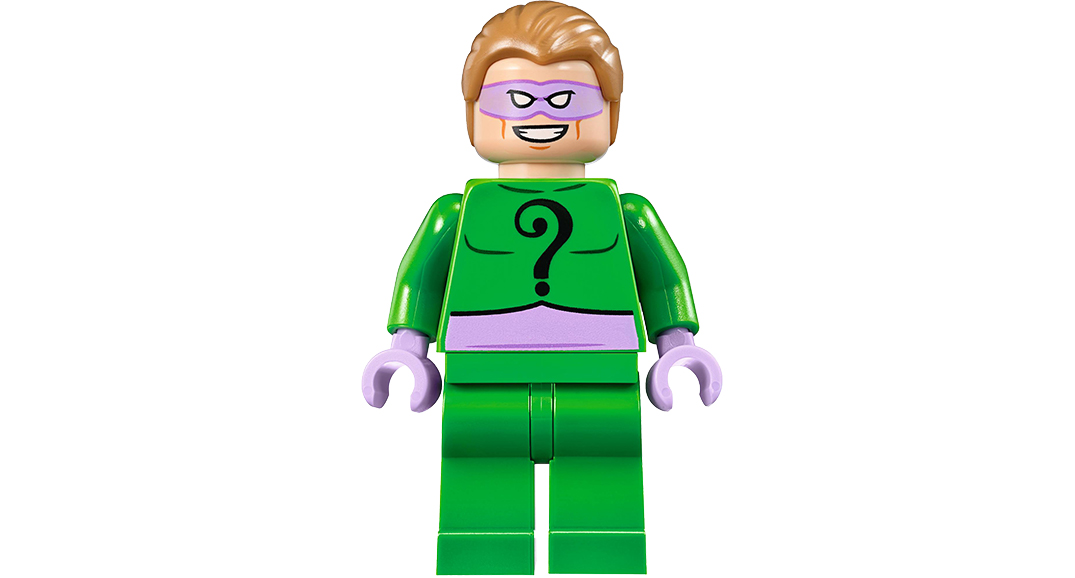 A lot of detail

looking through the photos released by LEGO we gain a lot of insight into the detail that has gone on in the set. As usual the LEGO Designers have done their homework to give as much detail as they could. Lets take a look at some of the detail they included.

The set comes with the Batmobiel from the TV show, fins and all. This brick replica has a lot of detail from the turbine on the back to the “Emergency Bat-Turn Lever.” It looks like it might be a tight fit for the figures in the car. With their arms and capes, but we will have to wait to get our hand on it to see how they fit.

“It won’t be long until you are old enough to get a driver’s license, Robin, and you’ll be able to drive the Batmobile and other vehicles. Remember motorist safety.”

It’s interesting that the Batcoptor is in the set. With the set not making its appearance until the movie, released between seasons 1 & 2. It looks as though Robin may seem alittle uncertain at the helm. 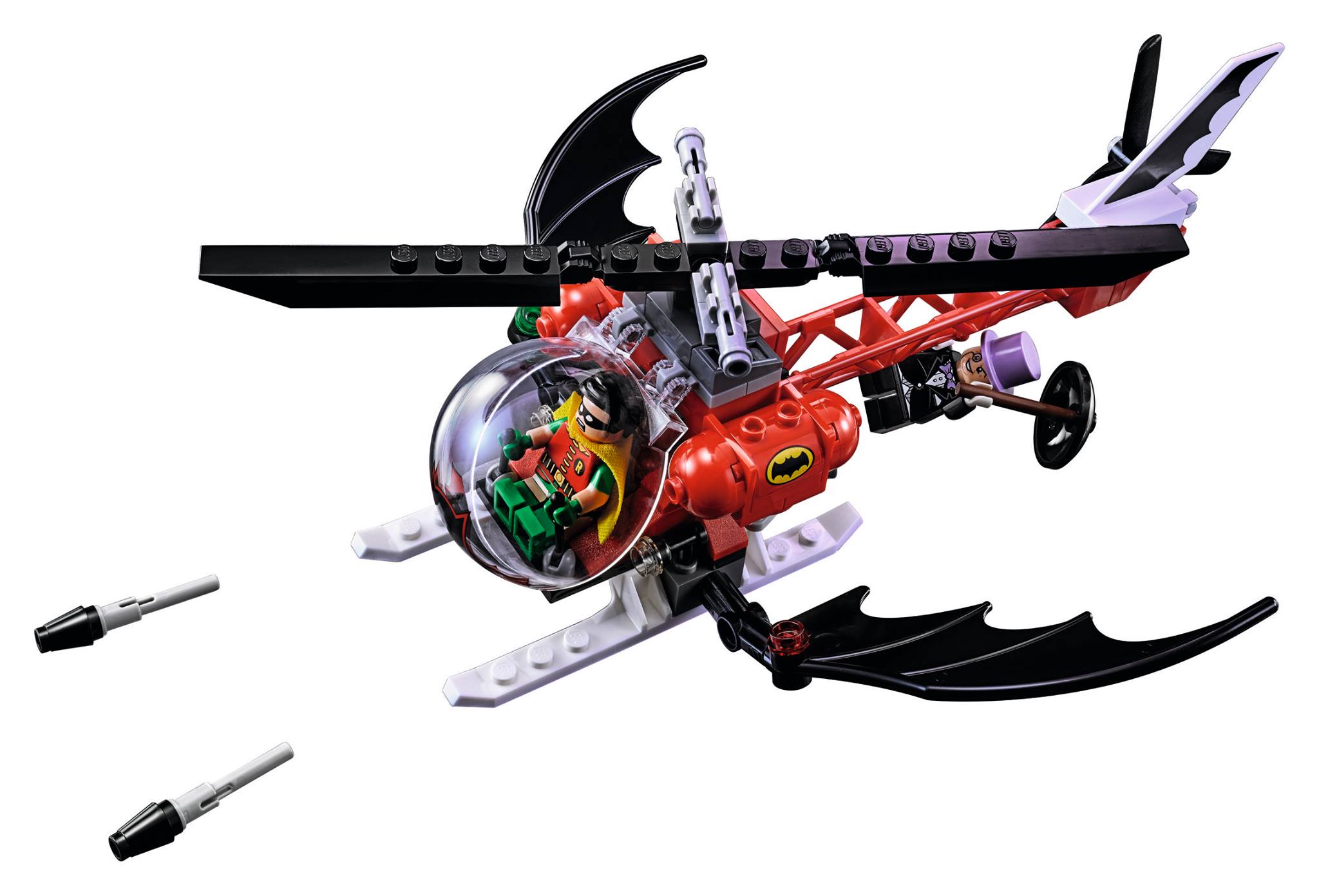 Who doesn’t recall the Batpole from the TV show, and how Bruce and Dick would start sliding down in normal clothes, then instantly be changed into their costumes. 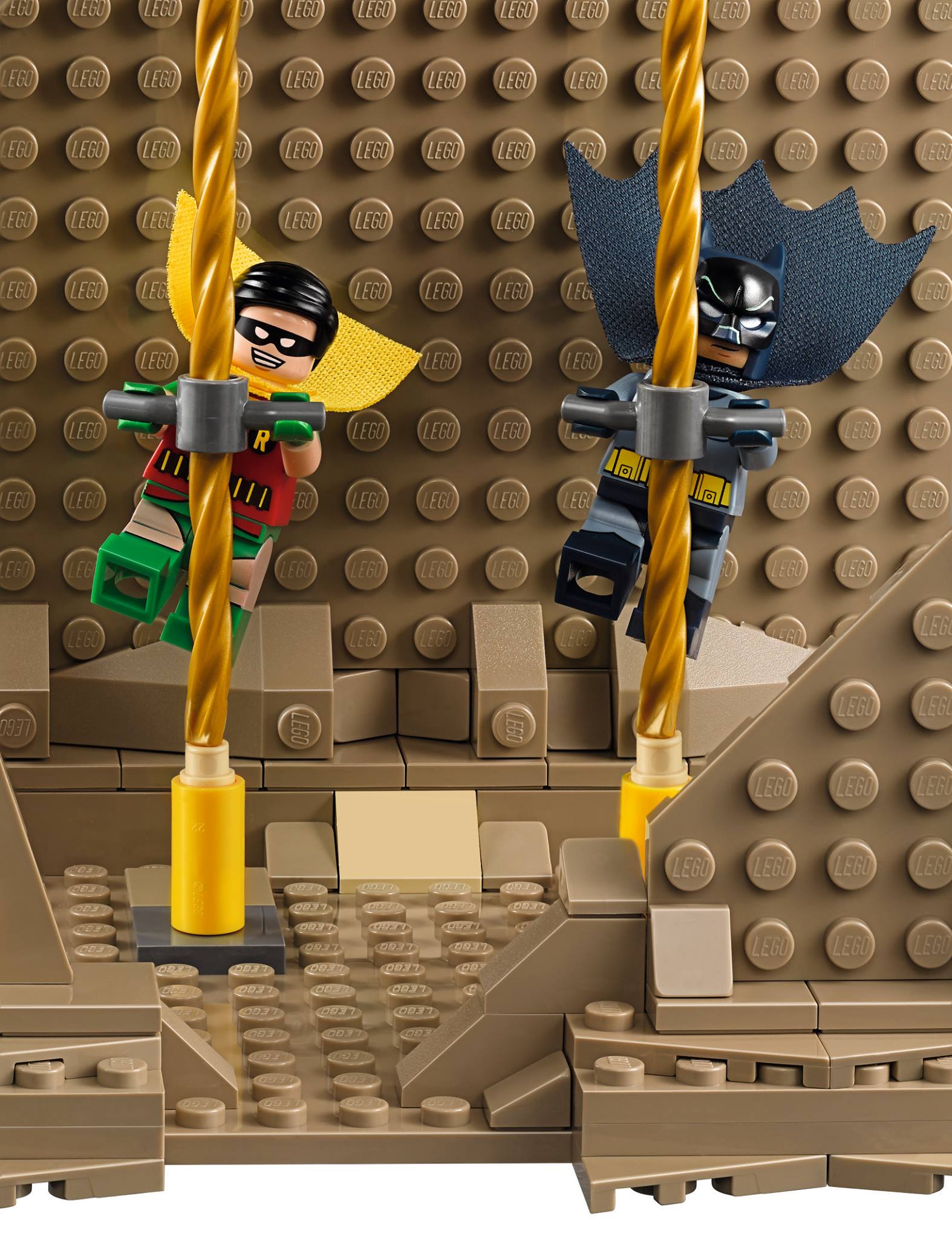 Complete with its Atomic Pile, the Batcave is ready to provide any super hero a place to go and figure out how to stop evil-doers. We also see that it comes with the Batmotorcycle complete with side-car. It’s in this photo that we see Catwomans other face. 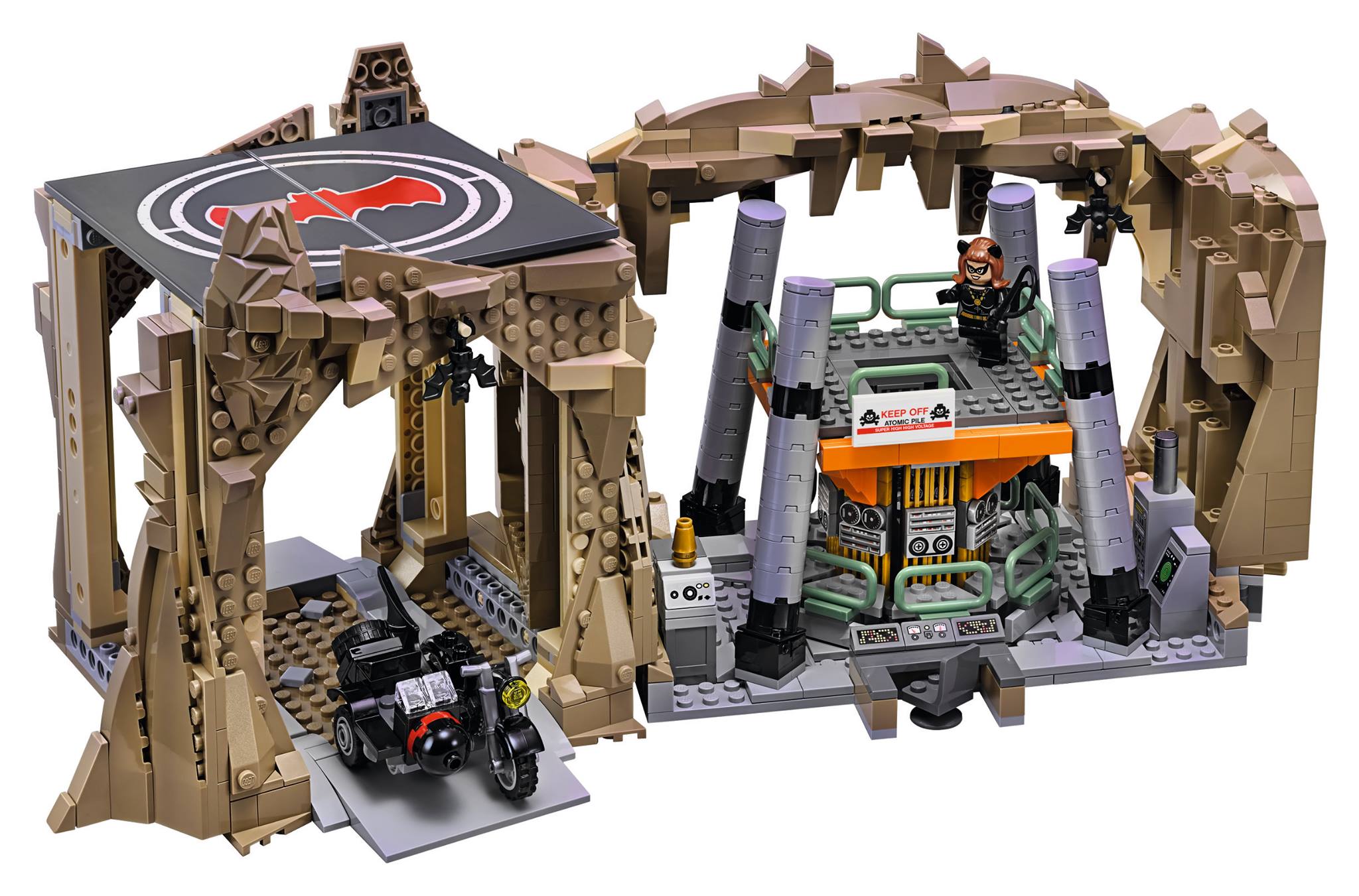 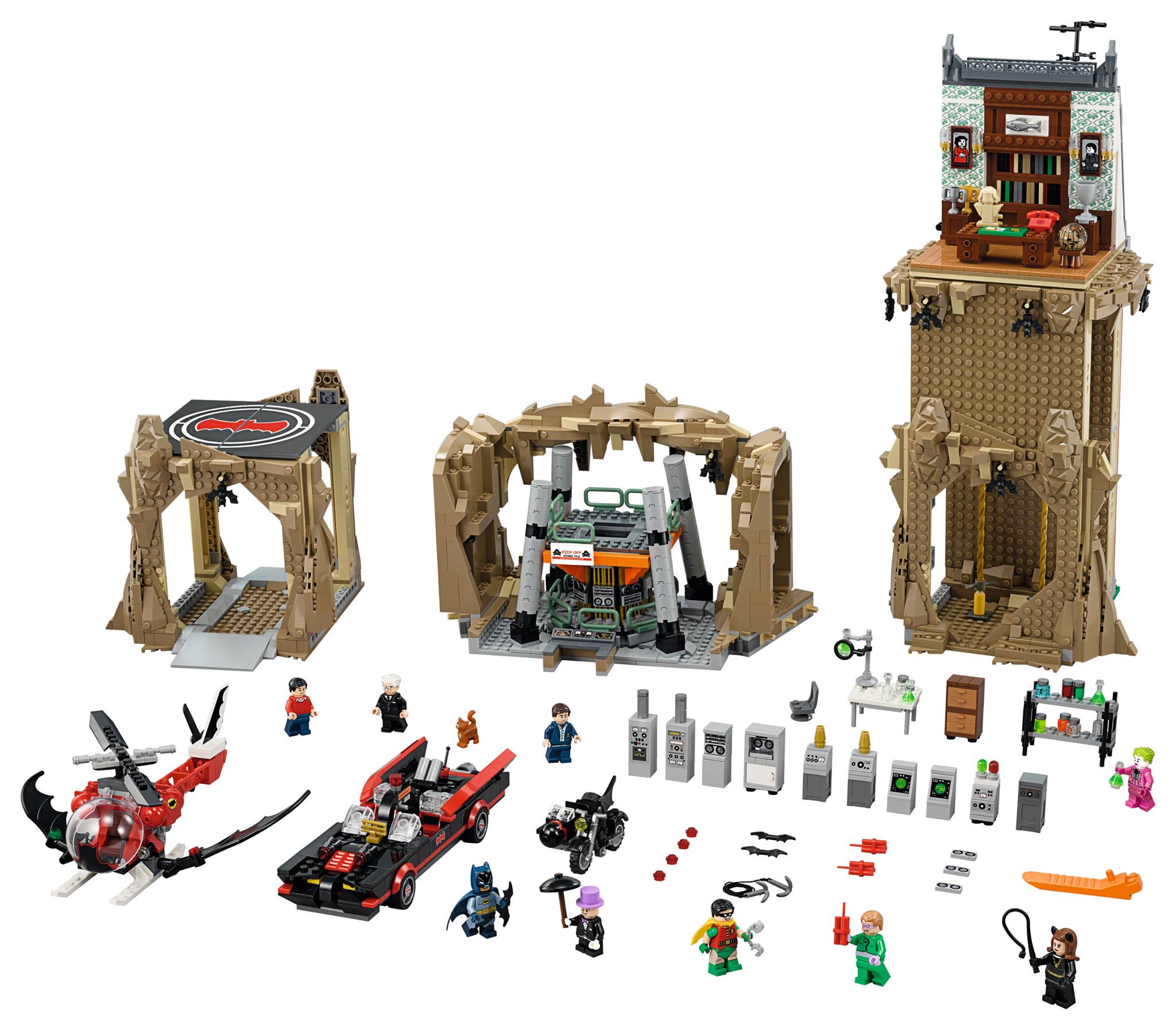 We will have a more detailed review when the set comes out in March.